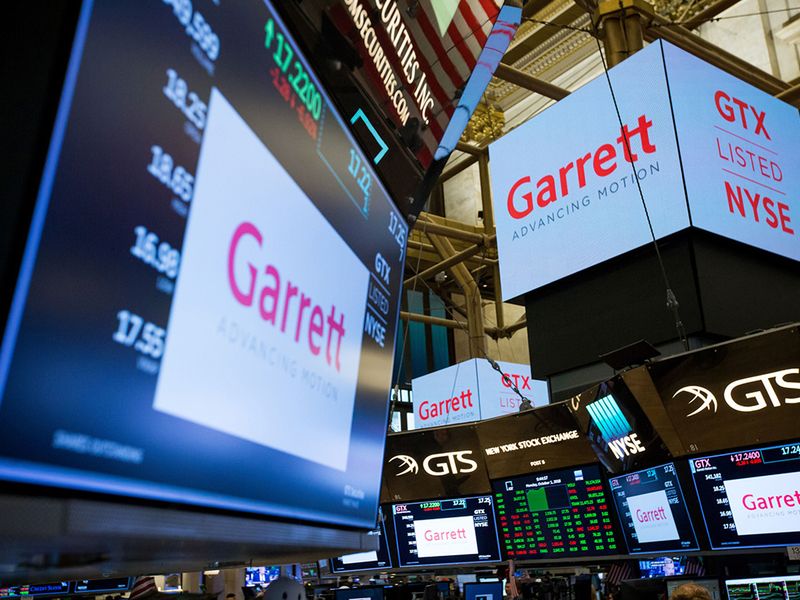 Junior creditors to auto supplier Garrett Motion Inc. are preparing a rival proposal to provide the bankrupt company with financing for its restructuring, according to people with knowledge of the matter.

The group of bondholders organized and is in the process of hiring investment bank Moelis & Co. to represent them in the case and submit an offer for a debtor-in-possession loan, the people said, asking not to be identified discussing a private matter. The group is getting legal advice from Ropes & Gray, Bloomberg previously reported.

Garrett filed bankruptcy this week, struggling to deal with a pandemic-related slowdown in business on top of asbestos liability reimbursements it owes to its former parent Honeywell International Inc. The payments Garrett owes to Honeywell relate to asbestos claims stemming from Honeywell’s old Bendix brake business.

The original $250 million bankruptcy financing package that Switzerland-based Garrett proposed was attacked by shareholders and Honeywell, in part because it contained deadlines that could rush a potential $2.1 billion sale to KPS Capital Partners. The deal had the support from holders of 61 percent of its outstanding senior secured debt but didn’t include a plan to resolve the asbestos liabilities, which sit behind other forms of debt in line for repayment.

A potential debtor-in-possession loan from the bondholder group would also be around $250 million, the people said, but could be longer-term financing and remove milestones tied to a potential sale of the company.

Honeywell objected to the KPS deal in a court hearing Monday, saying it would relieve Garrett of its responsibility for the asbestos payments, and Garrett agreed to consider a rival financing deal submitted by Oaktree Capital Management and Centerbridge Partners.

The two investment firms are seeking the support of Honeywell for their proposed bankruptcy loan as they consider making a bid for Garrett’s assets, Bloomberg reported Wednesday. Oaktree and Centerbridge aim to cut a deal with Honeywell to resolve Garrett’s $1.3 billion in disputed asbestos liabilities and win the conglomerate’s approval for their bid.

A final debtor-in-possession loan must be approved by the court and gain support from Garrett’s senior and junior creditors.

Garrett Motion, which makes turbochargers, ranks No. 67 on the Automotive News list of top 100 global suppliers with 2019 sales to automakers of $3.25 billion. The company’s largest customer is Ford Motor Co., which accounted for 12 percent of 2019 sales, according to its annual report.