Why California car regulations have become a Minnesota election issue 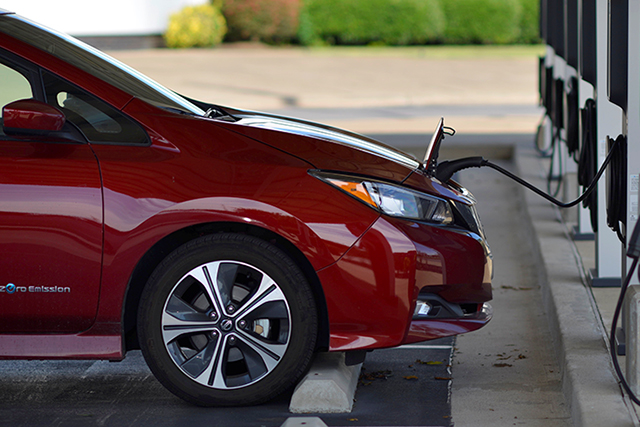 As Gov. Tim Walz’s administration considers whether to adopt tougher vehicle emission standards that mirror ones in California, car dealers who oppose the idea are working to make the decision a campaign issue.

The Minnesota Automobile Dealers Association is circulating a pledge to legislative candidates saying they oppose Minnesota following California regulatory decisions such as the Clean Cars rules, and 123 candidates have signed on so far.

“Voters should ask candidates this year, if you’re running to represent Minnesotans, why aren’t you opposed to California being in charge of an important part of our economy,” MADA President Scott Lambert said in a prepared statement.

The vast majority of those 123 candidates are Republicans, and the issue has largely split along party lines. Ten DFLers have also signed the pledge, however, including three state senators — Dan Sparks, Ann Rest and John Hoffman — and one candidate likely to be elected to the Senate this fall: Mary Kunesh Podein, who’s running to represent Minneapolis’ northern suburbs in Senate District 41.

There may be more DFL lawmakers who oppose the car rules, and at least two DFL senators who have not signed the pledge, Kent Eken and Tom Bakk, have expressed skepticism or opposition to the rules. Three Democrats in the House who did not sign the pledge voted this year to restrict the MPCA’s ability to regulate motor vehicle emissions.

The decision to adopt the vehicle standards is unlikely to be made by the Legislature. Walz believes the Minnesota Pollution Control Agency (MPCA) has authority to enact them unilaterally based on existing state law, and Republican-led efforts to strip that power have been rebuffed by the DFL-controlled House.

Regardless, the California rules have become an issue in the election and at the Capitol. All 201 seats in the Minnesota House and Senate are up for election this year. Democrats hold a 75-59 majority in the House while Republicans hold a slim 35-32 advantage in the Senate.

What Walz wants to do

Under federal law, California is the only state that can set its own auto emission standards. Other states can choose to either follow California’s rules, however, or use standards set by the federal government.

The governor argues adopting California rules will help Minnesota slash greenhouse gas emissions to fight climate change and increase the number and variety of electric cars for sale in Minnesota.

The transportation sector makes up Minnesota’s largest share of greenhouse gas emissions, and the state has made a concerted effort to speed up adoption of electric vehicles. That includes putting money from a settlement with Volkswagen toward charging infrastructure.

Republicans have balked at the emissions rules, saying they will lead to an increase in the up-front cost of cars and lead to fewer choices for gas-powered cars at dealerships. (Environmental groups note that electric cars save money over time on the cost of fuel and maintenance.)

The GOP has also warned that following California’s lead will tie Minnesota to a state that is making far more aggressive moves to curb carbon emissions than Walz has advocated for. Lambert said he believes Minnesota opposition to Clean Cars is growing, particularly after California Gov. Gavin Newsom ordered a ban on sales of new gas-powered cars and trucks by 2035, the toughest rule in the country aimed at reducing auto emissions and promoting electric cars.

Generally, Minnesota has little leeway when adopting the LEV and ZEV standard. The MPCA’s website says Minnesota has to follow California’s standards “verbatim.”

But how Newsom’s order affects Minnesota is complicated. Attorneys at the MPCA say California’s executive action, issued in September, doesn’t change existing vehicle emission regulations that Minnesota’s Clean Car standards would be based on, and it has no immediate effect, according to MPCA spokesman Darin Broton.

If the executive order becomes California rule or law, California would need a federal waiver before it could be implemented, the MPCA says. Still, at that point, Minnesota would need to decide whether to adopt the new California emission standards, sales ban included, or return to the federal ones.

Broton said the MPCA has no plans to ban the sale of gasoline powered vehicles. For now, it’s possible Minnesota could keep the ZEV rules it is considering while ignoring Newsom’s new mandate, Broton said. States can also choose to follow only the California LEV mandate, and skip the ZEV one.

Dave Clegern, a spokesman for the California Air Resources Board, said Newsom’s executive order sets a goal for new regulations beyond 2025, when the current phase of ZEV regulations end. “The Order will certainly inform the regulations that will go into place post-2025,” Clegern said in an email.

Officials in Oregon, a state that has already adopted the LEV and ZEV mandates, said states following those California rules don’t have to mirror California’s ban on the sale of gas cars and can keep their existing programs. “Unless Gov. [Kate] Brown decides to follow California’s action, the state is not requiring the sale of only ZEV vehicles by 2035,” said Susan Mills, a spokeswoman for the Oregon Department of Environmental Quality.

Rest, a state senator from New Hope, was one of the few DFL lawmakers from the Twin Cities metro area to sign the auto dealers’ pledge, which reads: “I pledge to oppose efforts which would result in placing regulatory control over Minnesota constituents into the hands of a regulatory body of another state.”

Rest told MinnPost she didn’t consider the MADA survey as a pledge against clean car standards, but rather a question about surrendering policy-making authority. Even though Minnesota has a choice between picking California’s rules or the federal ones, Rest said she also opposes letting the feds “dictate our policy regarding Clean Cars.”

It is unclear if Rest is in favor of Minnesota’s current effort under way to adopt the California auto rules. The MADA explicitly tied its pledge to the MPCA’s rule-making proposal to follow California. “I support a clean car standard but we need a lot of attention to details and how it works in MN,” Rest said in a text message.

“Those decisions really belong in Minnesota, they don’t belong out in California,” Nelson said in a recent interview.