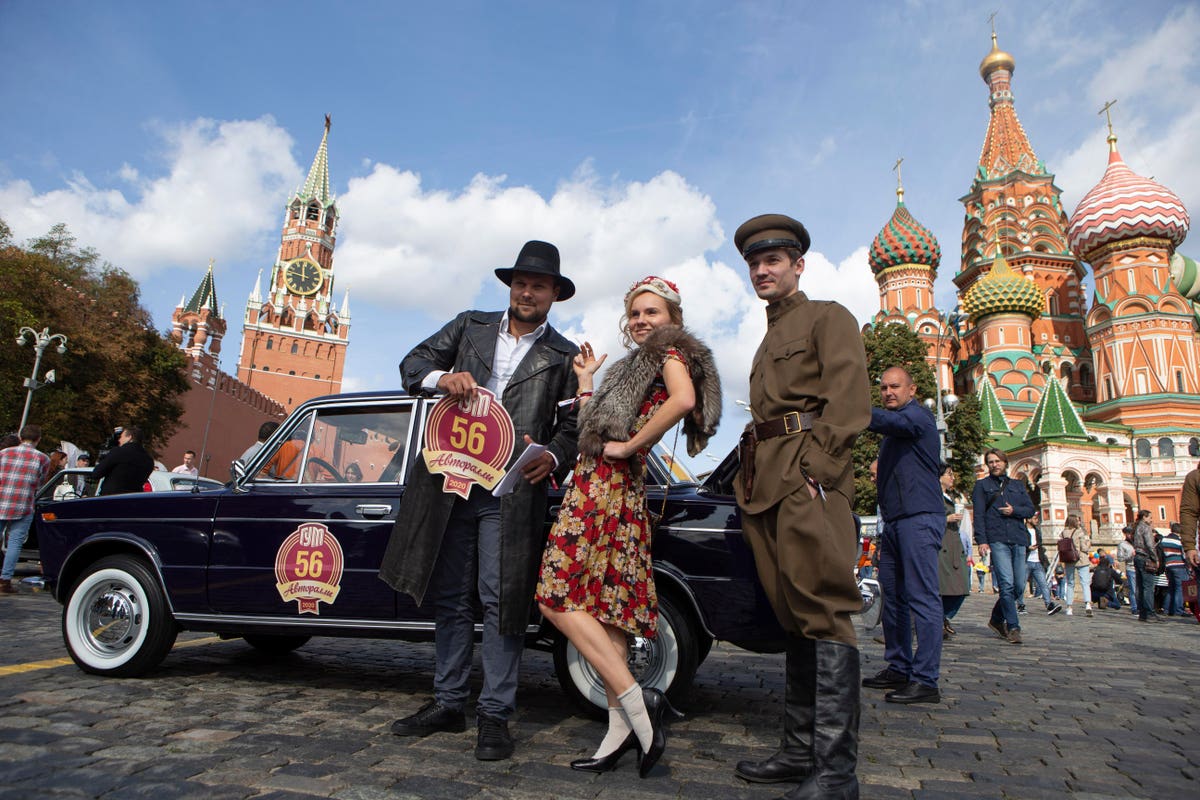 It has just turned 50, and has had some hard times along the road—but, as the Lada enters its second half century, it still has its devoted admirers.

Enthusiasts of the classic Soviet car—first produced in 1970—gathered September 12 in the shadow of the Kremlin for a rally to celebrate this boxy stalwart of socialist motoring.

Some had come in costume from various eras of Soviet history—a tribute to the role the Lada itself has played in the lives of millions living on the territory of the former USSR and beyond.

The Lada first took to the road in 1970, and soon became an object of great desire. But the planned economy of the Soviet era was not geared to meeting consumer demand. An ordinary person could wait years to get the car of their dreams.

Once they did, they treasured it. If cars themselves were in short supply, so were spare parts—and, as in many other parts of the world, theft of anything that could be removed from a parked vehicle was a risk.

In the Soviet Union, that included the rubber blades on windshield wipers. They were usually kept inside the car, and only fitted when needed. One of this writer’s memories of the late Soviet period is seeing motorists leap from vehicles caught in traffic to fit the blades to their wipers when a summer rainstorm broke over the streets of Moscow.

Taking A Back Seat To Imported Cars?

Cherished as they once were, the end of the Soviet system was followed by a certain falling out of love with Ladas. In the 1990s, Russia opened its borders, and its economy, to unprecedented quantities of western consumer goods, including cars.

Where once the overwhelming majority of automobiles on Soviet roads had been made in the USSR, that percentage dwindled as drivers got behind the wheels of a range of imported brands. By 2014, as the Moscow Times reported that year, “just one in 20 Lada-owners said they would recommend the car brand to their friends or colleagues.”

Ladas also fell out of favour in those overseas markets where they had managed to make inroads. The Independent reported in 2018 that there were just 179 on British roads, for example—down from 130,000 in the 1990s. A more recent Guardian article, however, noted the Lada’s enduring popularity in Cuba, where it had been introduced during the decades of socialist solidarity in the last century.

Why Russia Still Loves The Lada

Whatever the grumbling motorists surveyed in 2014 said, Lada still claims “more than 20% Russian passenger car market share” according to the press release covering its sales for August 2020.

So why does Russia still love the Lada? Any car that can survive 50 years of Russia’s storied severe winters, and Russia’s notoriously potholed roads, will obviously earn respect.

There’s something else, too. A survey published in March 2020 by the Levada Center suggested that 75% of Russians thought the Soviet period was the best time in their country’s history (although only 28% wanted to “return to the path that the Soviet Union was following.”) Almost three decades after the collapse of the communist system, Russia still has a certain nostalgia for its Soviet past.

A love for the Lada, the ultimate symbol of Soviet motoring, is a way of indulging that.