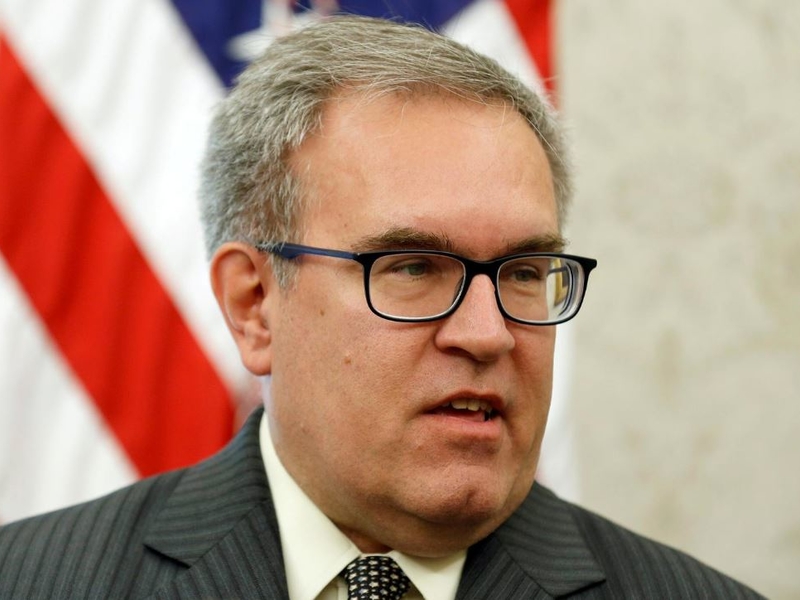 WASHINGTON — The head of the Environmental Protection Agency on Monday questioned California Gov. Gavin Newsom’s plan to require all new passenger vehicle sales in 2035 be zero-emission models, according to a letter seen by Reuters.

EPA Administrator Andrew Wheeler said the plan “raises serious questions regarding its legality and practicality” and said it could impact the state’s electrical grid.

“California’s record of rolling blackouts — unprecedented in size and scope — coupled with recent requests to neighboring states for power begs the question of how you expect to run an electric car fleet that will come with significant increases in electricity demand, when you can’t even keep the lights on today,” Wheeler wrote.

The state’s grid operator blamed outages on a gas plant suddenly dropping offline, low wind power and a lack of imported electricity from other states due to scorching temperatures across the West.

California energy agencies say more work must be done to integrate large amounts of wind and solar energy, but that the state’s renewable energy policies were not to blame for the grid problems.

Newsom called the blackouts “unacceptable and unbefitting of the nation’s largest and most innovative state.”

The 2035 clean car move, the most significant yet by a U.S. state aimed at ending the use of fossil fuel-burning internal combustion engines, clashes with pro-fossil fuel policies of President Donald Trump. Less than 10 percent of new passenger vehicles sold in California last year were zero emission models.

California accounts for about 11 percent of all U.S. vehicle sales, and many states adopt its green vehicle mandates.

The EPA in 2019 issued rules barring California from requiring the sale of electric vehicles; a court challenge is pending.

Newsom said last week the California Air Resources Board would write binding regulations to implement the 2035 goal. Wheeler wrote those regulations “may require California to request a waiver to U.S. EPA.”

Newsom’s executive order does not prevent Californians from owning gasoline-powered cars or selling them on the used car market. Wheeler urged Newsom “to step away from commitments to singular technologies.”