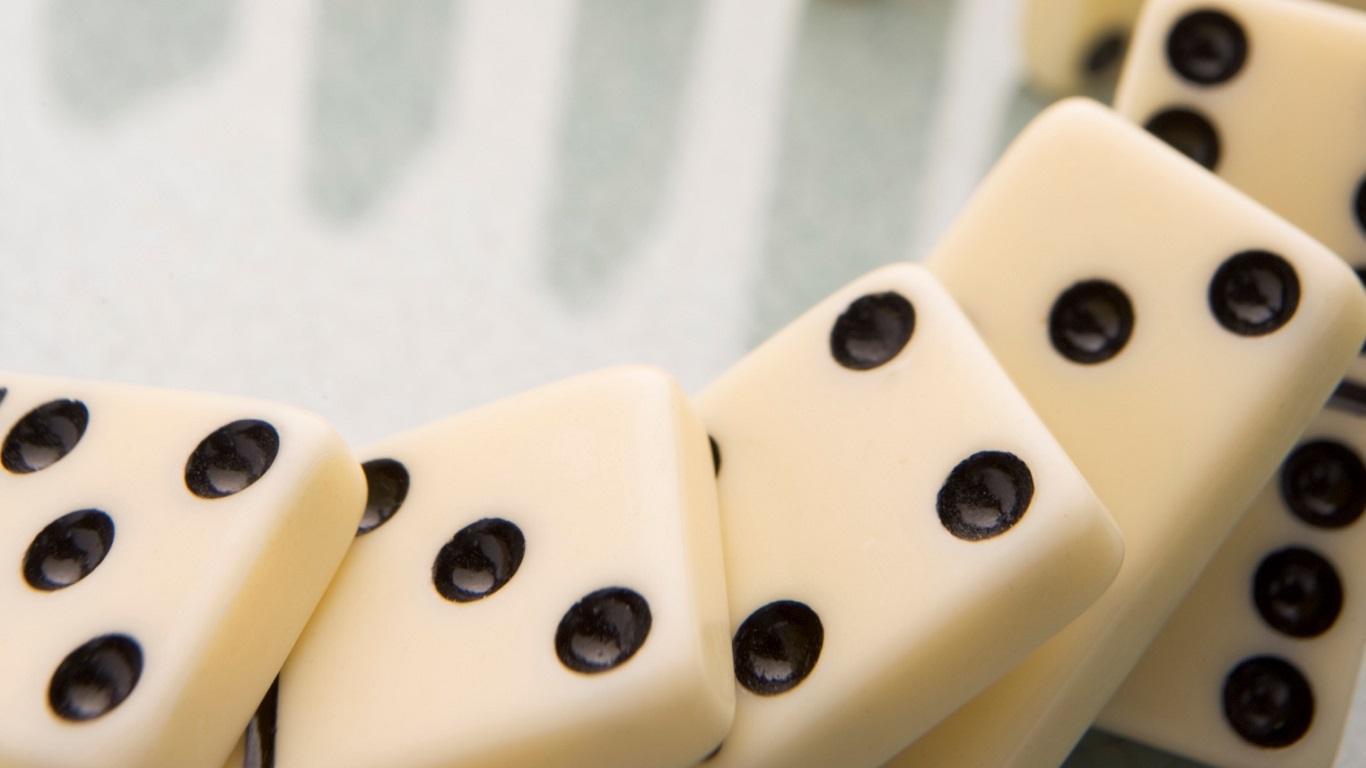 ThinkstockInvestors and traders alike always seem to be interested to see if patterns of the past are useful for evaluating the immediate future. It may sound odd to think that the calendar alone matters, but real money trades based on many trends, and some older investors tend to have longer memories than new investors. October is one of the months on the calendar when the stock market is frequently on the defensive. History has shown that big stock market sell-offs, and even crashes, are not outside of the norm. To add in a twist for October of 2020, this is a presidential election year to boot.

While it is easy to look for historical patterns, the first thing always to assume is that future is not certain.

There are lots of reasons to be cautious about the month of October, and that is certainly the case for 2020. Two of the biggest one-day crashes, in 1929 and 1987, ruined many investors. The 1929 crash was a precursor to the Great Depression of the 1930s, although the 1987 crash was followed by steady gross domestic product growth for several years.

Other more recent panics have been seen in October. Some may be coincidental, but the machines that trade billions of dollars a day might not care about the “why” in their equations.

There was a huge drop in the Dow Jones industrials at the end of October 1997, and then there was a large drop again in 2008 that helped to kick the Great Recession into full speed after a loss of about 18% in a week.

The good news for October of 2020 is that it already saw a sell-off in September. Another potential positive is that March of 2020 saw the worst performance from the start of the month to the lows. The bad side of the equation, regardless of which month the calendar shows, is that the S&P 500 and Nasdaq both recovered all their losses from February and March and that it has been only one month prior to this article that the indexes already had hit new all-time highs again.

More recently, October 2018 brought on sharp selling pressure that lasted almost through year-end. That selling proved to be overdone (and perhaps extremely misguided) because the market went on to keep hitting new all-time highs. Those new highs lasted all through 2019, and the gains in 2020 only ended because the COVID-19 pandemic delivered such a harsh blow.

The economy and the nation seem to be approaching a crossroads at the end of September in 2020. At this time, the first debate between President Donald Trump and former Vice President Joe Biden has not been seen. The number of COVID-19 cases has continued to see new cases as economies reopen, and there is already a wide expectation that the outcomes of the presidential election and perhaps the congressional elections will be not known on election night and are likely to be contested. Then there is the issue of how the Supreme Court nomination will play out in October.

An economic recovery is also playing a role in the uncertainty for October in 2020. Even though consumer confidence surged in September, much of the other live economic reporting from August and September showed a slowing recovery. Congress also still was not in an agreement about how much more stimulus is needed, and some do not even want more stimulus.
ALSO READ: 10 Big Financial Stocks at Deep Discounts to Book Value

A report from Morgan Stanley’s Insights showed the number of risks that have surfaced against the financial markets in September of 2020. These included the first meaningful correction in a new bull market (S&P 500 dropped over 10% from its recent highs).

Morgan Stanley’s Mike Wilson, along with other strategists, expected an overbought market to see the correction in August. A second wave of coronavirus cases and additional lockdowns remain key risks as well. Another risk is that long-term interest rates may have bottomed. Wilson outlined why he specifically sees volatility in October of 2020:

Options markets are pricing in higher risks than normal around the U.S. election, but nothing like we actually experienced in 2016. That doesn’t seem right, given the uncertainty around the election outcome and the process itself. As a result, I expect volatility to remain high for the next 4-6 weeks, creating what is likely to be a difficult trading environment with a wide band for the major averages.

It is imperative to understand that the financial markets do not care where anyone stands on their politics. All the market trading tends to reflect is where things will be in the months ahead.

According to the Almanac Trader blog, the propensity for S&P 500 gains in election-year Octobers are when the incumbent party ultimately retains the White House. The report specified:

ALSO READ: A COVID-19 Vaccine Could Help 5 Top Companies Have a Huge 2021
There is another observation from the Almanac Trader blog. Hirsh pointed out that October actually has become a turnaround month for bear markets. Of the 12 bear markets since World War II, eight of those ended up producing mid-term bottoms. The other sense of calm is that Octobers generally have been positive for the past 20 years. Hirsch’s post went on to say: “Should a meaningful decline materialize in October it is likely to be an excellent buying opportunity, especially for any depressed technology and small-cap shares.”

Again, nothing about the future is set in stone. Others are still calling for stocks to rise.

One report from JPMorgan Private Bank now forecasts that the S&P 500 likely will rise to 3,500 to 3,600 by the end of 2020 and then to 3,750 by this time in 2021. The firm’s Grace Peters sees industrials and construction continuing to improve as the recovery will continue beyond the coronavirus. Companies leading the digital transformation and health care innovation also are expected to show strength. Still, she does see more stock market volatility taking place between now and then.

There are many many considerations for investors to grapple with heading into October of 2020. Unfortunately, that comes with more questions than answers, by a wide margin.