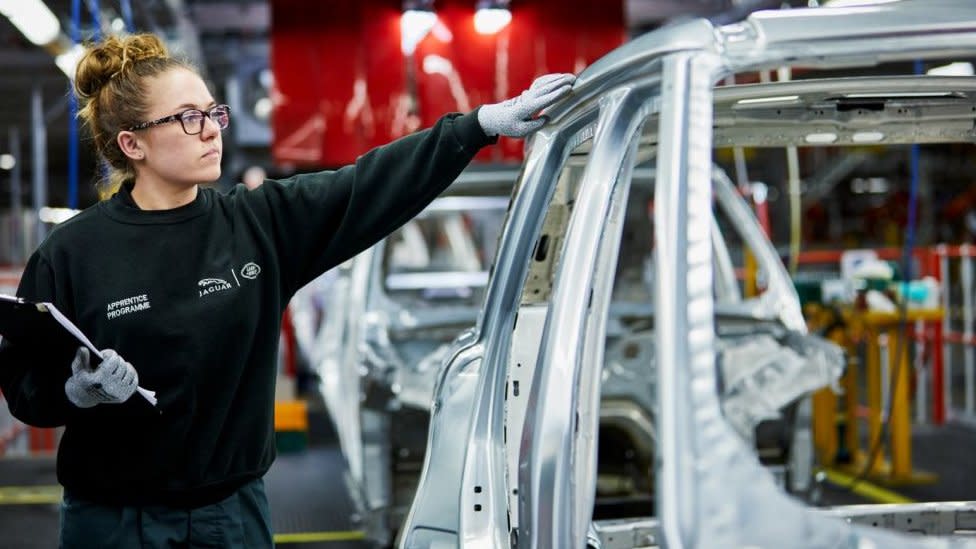 New UK car registrations fell 4.4% in September from a year earlier, according to the motor industry.

That made it the worst September this century in what is normally the industry’s second most important month.

There were just 328,041 new registrations in the month, said the Society of Motor Manufacturers and Traders (SMMT).

The car sector has been hit hard by the coronavirus pandemic, which closed factories and showrooms.

September is normally second to March as the industry’s most important sales month, because licence plate changes typically prompt a spike in demand.

But the SMMT said last month saw the lowest volume in new cars since the current licence plate system began in 1999.

These figures are unlikely to generate much optimism in an industry which, in the SMMT’s own words, has just gone through one of the bleakest periods in its history.

There had been hope that pent-up demand from buyers unable to head out during lockdown would produce a spike in sales later in the year. It hasn’t happened. It seems as though the economic uncertainty caused by Covid is making buyers wary of buying or leasing big-ticket items – such as cars.

There is some good news for the industry, though. Sales of electric cars are rising fast, even as the market for diesels continues to collapse.

Carmakers have ploughed huge sums into developing electric vehicles, effectively forced to do so by policymakers intent on cutting pollution and phasing out traditional cars.

Right now, they are expensive to build and not very profitable. But if enough people buy them, then economies of scale will kick in and carmakers can hope to recoup some of their investment.

“During a torrid year, the automotive industry has demonstrated incredible resilience, but this is not a recovery,” said SMMT chief executive Mike Hawes.

The SMMT said the relaxation of Covid lockdown restrictions from June had seen consumers return to showrooms and factories restart production lines, after one of the bleakest periods in the sector’s history.

But it added that the market faced “continued pressure”, including Brexit uncertainty and the threat of tariffs. while the shift towards zero emission-capable vehicles required huge investment.

“Additionally, consumer and business confidence is threatened by the forthcoming end of the government’s furlough scheme, an expected rise in unemployment and continuing restrictions on society as a result of the pandemic,” the SMMT said.

“With little realistic prospect of recovering the 615,000 registrations lost so far in 2020, the sector now expects an overall 30.6% market decline by the end of the year, equivalent to some £21.2bn in lost sales.”

However, not all carmakers had a bad month.